WE are proud to Have with us  the Guy  who Probably was missed by millions and millions of bloggers across the world galaxy Universe  .The guy who created ripples in the blogoshpere by his ever entertaining posts . Whose blog became the only source of entertainment for all the people in the times when the parasite boredom creeped in .

Let us Welcome the amazing ,ever stunning

Phew !! Its really strange that  it  takes  a build up as lame as the one above to take a blogger like me out from hibernation . Self-Motivation , u see 😀 . Every one Needs motivation . And when there is no one to motivate u . You have do all on your own

. Now that cheer girls have stopped Chanting my name let me come to the main idea of the post.

This has been my longest absence from the blogosphere 😦 . I really missed all Your blogs and i guess u must have missed my valuable ,enlightning and entertaining posts too 😀 . Never mind ! Now that i am back , your Ultimate source of Entertainment is back Online :P.

A Lot has happened in a span of month . Yet it seems  so vague that i will have to search for words to fill it up here . Sometimes i feel that the world has narrowed down  much within a time of 2 months .Home to office , Office to home . Ofcourse they pay me but it still seems so odd . Huh !! May be i need more time to adjust with my Korporate Konnection 😛 . Anyways  i dont intend to write my tantrums out here 😛 . So lets talk something interesting . Cricket ???  . WHy not  !! . Well,  India creating history in NewZeland by winning a series after 41 years is not what i am going to talk about .:P They are creating “history” far too often now that it has started to become little monotonous now 😉 . The interesting thing is that HIPL (Hewitt internal peremiar league) is going on at my office 😛 . The good news is that my team (vennila cricket kuzhu ) is through to super six . Now how good would it feel to hit  a six as the winning shot 😛 . Thats what i did and my team members have found their new hero 😀 . Well , you see i have a natural flair for the game . Lucky that i have a blog where i can blow my own trumpet 😛 . And we have formed Vennila kabbadi kuzhu also  😛 . I am sure we would be atleast runner up in that . It seems there are only 2 teams that have registered inluding my team 😛 .

I have regained my old love and passion for books  😛  .  Although i dont get much time but still i have been making it a point to read atleast 30-40 pages  daily .Currently reading The White Tiger and now i am able to realize why people were going ga-ga over this book . Bought Robin cook’s  Invasion . Anyone here who has read that book ?? A short review would be  fine in the comment section 😛 . Talking about books , Yesterday one of my collegues came  across my blog .She was hell-bent on insisting me that IT field is not my cup of tea. .According to her I should ,perhaps , write a book . Now How crazy is that ?

And Whats all this about Rakhi sawant Getting married On NDTV IMAGINE . I mean Is she  On her minds or what . I knew she was crazy but this is too much .I  need to figure out  a theory which proves  that  Length of dress u wear is  directly proportional to the size of brain 😛 .  And May be  now NDTV IMAGINE can flaunt with a big advertizement Rakhi ka SWAYAMWAR – Reality show ka Baap :D. The show would be the height of crazyness 😛 .

Other day i got this pic through a mail –

Well , Thats all i have to bore Entertain u today 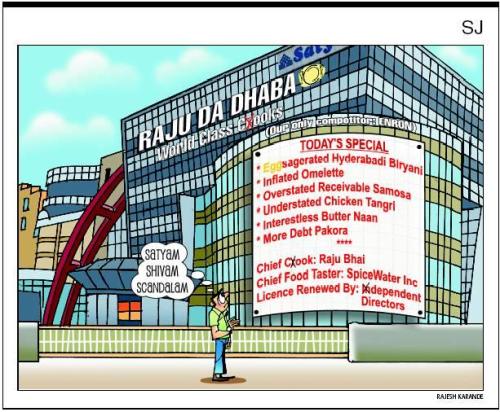 I will make it short and simple .Life has been terribly boring after my college got over. All i am doing these days is eating sleeping and browsing.Switching on my PC and opening my reader for new posts is the very first thing i do ,even before brushing 😛 . I have never wanted to go to college during my college days and now i just miss my classes badly .Seriously i realized that it was heaven 😦 .

I read books when i get tired of sitting before computer .finished reading Harry potter and the chamber of secrets fourth time yesterday .Not surprising eh ?? well, i know,i know there are many who must have read it million times :D. Though i ought to be studying for my training that i am undergoing from my employer . I am hardly trying it .Its even more boring to study lessons that are online then sitting in a class.

I wonder when i would get my joining date .Sitting and doing nothing is like hell . So for a change , i am leaving to my friends place ( kumbakonam ).Would try to read ur posts as i am able to access net through my mobile . God knows why the browser doesn’t support commenting .So would miss commenting on ur blogs. Sorry in advance 😛 .Would be back after a week i guess to my usual routine .

FROM MY MAIL ARCHIVES

These are actual ads on a matrimony site. Grammar and spell errors have no place in a profile description as everything is straight from the
heart!***
*Disclaimer : I am not responsible if you forget your basic grammar
after**
**reading this mail…*

I am a happy-go-lucky kind of person. Enjoys every moments of life. I
love to make friendship. Becauese friendship is a first step of love.
I am looking for my dreamboy who will love me more than i. Because i
love myself a lot. If u think that is u then why to late come on ……..

My husband should be as ‘Shiva’ as in Kahani Ghar Ghar Ki and as
Tanwerr as in KSBKBT……
(Ok I haven’t seen these soaps but I am sure she must be demanding
too much, ain’t he?)

iam pranati my family histoy my two brother two sister and
fater&mother sister complity marred   (somebody please
explain in comments
section how to get married
‘completely’?)

iam very simpel and hanest. i have three sister one brother and
parent. i am doing postal sarvice and tailor master my original resdence at
kalahandi diste naw iam staing at rayagada dist.
(actually what is this girl doing? Postal service or
tailor.??)

Iwant one boy who love me or my mother. he love me heartly or he
havea frank he’s skin colour ‘normal’not a black or not a whitey. IThink
the main think is heart if your heart is beautiful then you are
beautiful. but iam not a handsome girl or not a good looking. but my Mom say
that Iam a good girl. My father already expired . iam ”AEKLAUTA”. THE
CHOICE IS YOUR. bye bye.
(uttama purishinin)

I AM LITTLE FAIR INDIAN COLOUR. I DON’T HAVE ANY HABIT.
(maybe the poor guy meant BAD habits)

hello i am a good charactarised woman. i want to run my life
happily.i divorced my first husband.his charactor is not good’. i expect the
good minded and clean habits boy who may be in the same caste or other
caste accepted …
(but credit cards not accepted..???)

my colour is black,but my heart is white.i like social service
(Zebra..???)

i’m looking out for who lives in bombay, boy simple who trust me lot
should be roman catholic, LOVE ME ONLY.
(Now that criterion is a must, isn’t it?)

to be married on jan-2005. working man perferable
(this girl has fixed the marriage date too! But she is yet to find a
bridegroom. I wish her best of luck on behalf of all of us. I am sure
she will get one soon.)

i would like a beautyfull boy. and i do not want his any treasure.
because boy is the maharaja.
(Now he is going to be a lucky boy! Any takers?)

A daughter sends a telegram to her father on her clearing B.Ed exams,which the father receives as:

“father, your daughter has been successful in BED.”

A husband, while he is on a business trip to a hill station sends a telegram to his wife: “I wish you were here.”

The message received by wife:
“I wish you were her.”

A wife with near maturing pregnancy goes to railway station to return to her husband. At the reservation counter, while her turn came, it was the last ticket. Taking pity on a very old lady next to her in the queue, she offered her berth to the old lady and sent a telegram to her
husband which reached as:

A man wants to celebrate his wife’s Birthday by throwing a party.
So he goes to order a birthday cake.

The salesman asks him what message he wants to put on the cake.

Well he thinks for a while and says:

Let’s put, “you are not getting older you are getting better”.

The salesman asks, “How do you want me to put it?”
The man says, Well put “You are not getting older”, at the top and

“You are getting better” at the bottom.

The real fun didn’t start until the cake was opened the entire party watched the message decorated on the cake:…..

“You are not getting older at the top, you are getting better at the bottom“.

A man from Agra went to Ajmer. His wife was in her parent’s house in Delhi .

When the man went to Ajmer, he asked his servant to send a telegram to his wife indicating about his trip to Ajmer.
He sent a telegram. When the wife received the telegram, she fainted.

Can you beat this resume!!!

I got this one in my inbox amidst all the stupid farwards..can’t resist posting it.. 🙂

1982-85: Alternate Governor for India , Board of governors, International Monetary Fund

October 1991: Elected to Rajya Sabha from Assam on Congress ticket

1996 onwards: Member, Consultative Committee for the ministry of finance

1972-74: Deputy for India in IMF Committee of Twenty on
International Monetary Reform

Our Prime Minister seems to be the most qualified PM all over the world.

Pass this to every INDIAN…. and be PROUD to be an INDIAN